Today’s post is a collaboration with a good friend of mine, Stephen Hurley. Steve’s been playing Dem Orksies in 40K ever since dey was just Space Orks, and has been pestering Arthur over at Kromlech.eu for a heavier version of his Clanking Destroyer for customers to use as Mega Armoured Nobz. Apparently Arthur has endured said pestering for about three years now, but no more will he need to, because Kromlech have released the “Orc Juggernaut Mecha-Armour”.

And, oh, what a thing of beauty it is.

Naturally Steve had to order some, and plumped for the squad deal: three minis for $54.99USD. Ordering them on day of release, they arrived five days later.

Straight out of the box, the minis look stunning. The quality of the sculpt is outstanding, and the casting is near-flawless. In total there were only five tiny bubbles from the moulding across all parts. Considering how many little details are in the sculpts, this is far superior to Games Workshop’s record with Finecast. 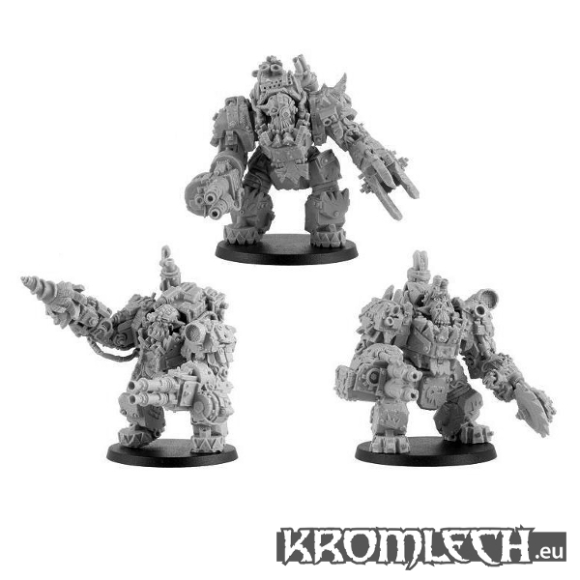 The models fit together seamlessly, although poseability is somewhat limited. If you want these Orcs in any poses other than you see in the video you’ll need to be comfortable with minor conversion work. There are also only enough components to make one set of three models. While the pieces are interchangeable, it would have been nice to have a few additional arms or weapon options available.

Still, they are considerably larger and more detailed than the Citadel Mega Armour Nob models. Their heavy and crude appearance fits the Orkish mentality perfectly. 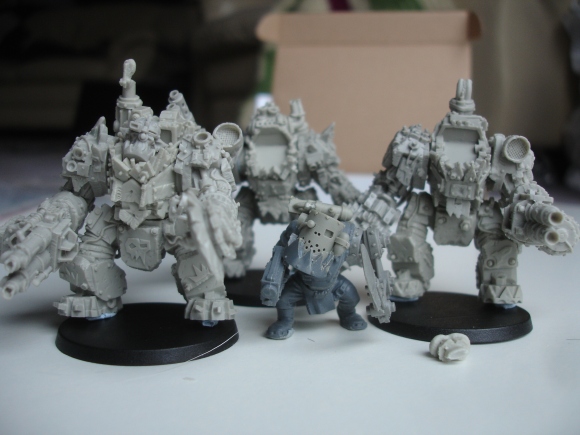 We love these models, and I can’t wait for Steve to get on and paint them!

Overall: 9/10! A few options would have been ideal, but other than that, these are brilliant, and well worth the money!

Kromlech’s website has recently endured a Hacker attack, so if you want to get your hands on these, use their eBay store instead.