This is a damn fine film. You should watch it.

Oh, what, you wanted more than that? Well, see, the Americans don’t have it yet, and in spite of IMDB’s epic spoiler I’m actually trying not to contribute to a Stateside Fan Meltdown. So, no spoilers.

Into Darkness continues the alternative universe introduced by Star Trek in 2009. I think it’s safe to say that if you had a problem with this “reboot”, then you probably aren’t going to be a big fan of Into Darkness either. But I loved Star Trek, and I bloody loved this film too.

Things I’m a little less sure about:

Obviously it wouldn’t be a Star Trek film without the Enterprise getting shot to shit. 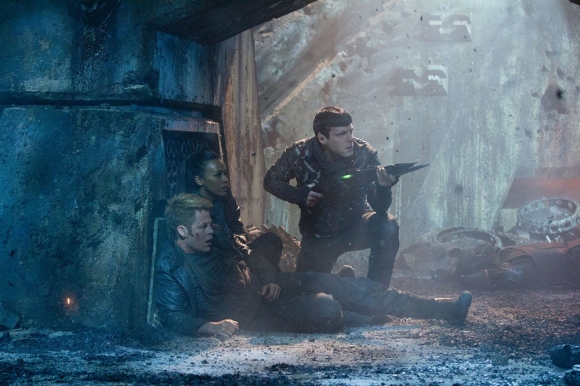 And Benedict Cumberbatch? Not stunt casting, I promise you. Look at this man. This man wants you dead: