I had a very gaming birthday this year, as not only did my awesome fiancé get me a tonne of Magic cards, he also presented me with a Premium Shaltari Mega Army complete with aluminium case. As I had a 1,000 point game planned to occur over the weekend it was time to get a wiggle on and start putting these babies together!

Not having the time to assemble everything, I decided on my army list first, then only worked on the items I needed for yesterday’s game.

The Braves were ridiculously easy to put together. Snipping them off their sprues was a bit heavy on the clippers, because the sprues were thick and these are the only metal minis in the whole army, but the figures themselves required zero clean-up. The bases had some minor flash and sprue that needed quick pruning.

Spirit gates were more fiddly, but still assembled in a matter of minutes. Some light cleanup with a knife was required, but it was absolutely minimal effort compared to your average Citadel model.

The Eden gates took the most time, largely because some of the resin was slightly warped and needed resetting with hot water. There was a lot of flash that needed scraping away, but this was easy peasy. The main problem was that the tips of the struts were merged in to the sprue joints so much that it was impossible to see where the struts ended and sprue began. As a consequence I cut too much off, and had to go digging among my offcuts to find the matching part, glue it back together, recut it in the right place, prune it down to the right shape, then assemble the gate.

Once I’d done this with one gate, though, I knew what to look out for in the remaining two. 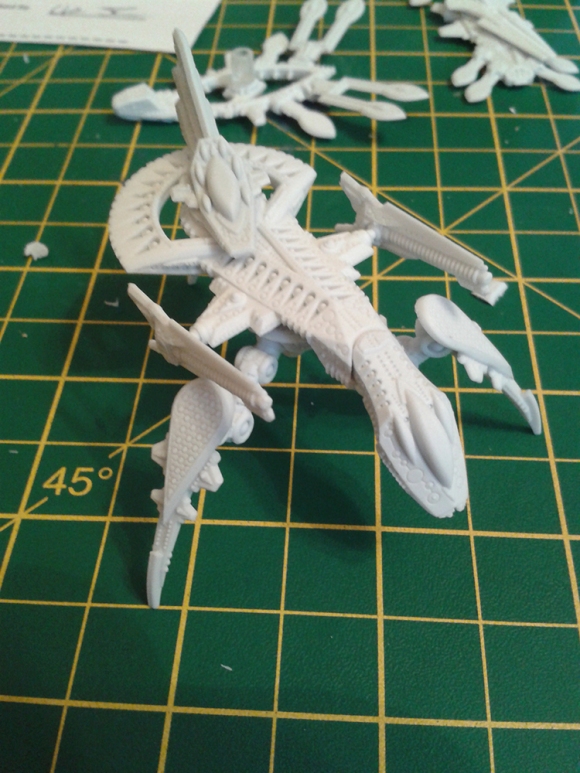 The Coyote and Ocelot were joys to assemble. I really love these little walkers and definitely think they’re the most appealing models in the army. 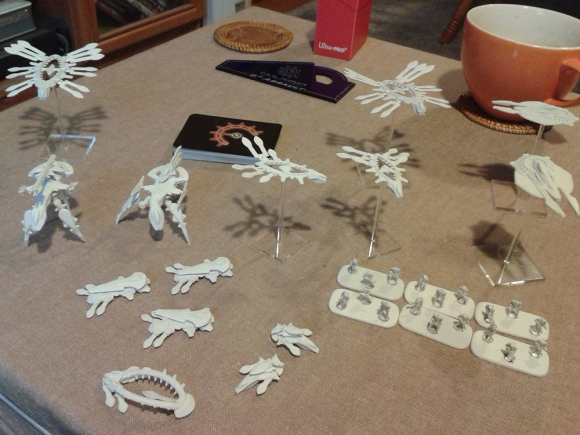 All in all I assembled:

The only thing to be wary of is how soft resin is compared to plastic. If you’re used to carving away at a mini to get it to where you want, you’re going to slice up your resin like a serial killer. Be gentle; that’s all it takes.

10 thoughts on “Assembling a Shaltari army”